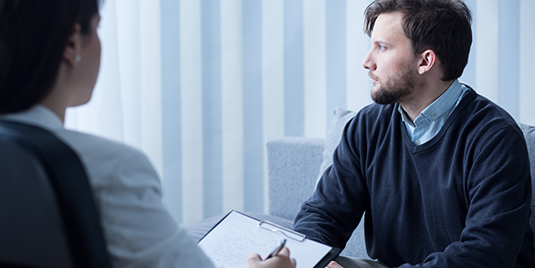 PTSD has nothing to do with how strong or weak a person is. It can happen to anyone at any age.

It was a cold winter morning on the south side of Chicago and Sue had just
made her way in to the building when it started to snow.

She sat down at her desk on the 15th floor & started to finish work on her
big project due that day when ALL OF A SUDDEN – the power went dead.

“What happened?” she asked.

Nobody had an answer. Nothing worked… no lights, no computers, no phones.

She used her cell phone to call her girlfriend who worked 3 floors below.

“Joan, do you have power down there?” Joan replied, “Yes, we have power.”

Now things were even more consuming…what had happened? Why did they
have power and the 15th floor didn’t?

Unfortunately, it took several hours for the building engineers to find the answer:

They’d blown the main circuit breaker for the 15th floor!

Has this ever happened to you at home? It has me, in fact several times!

SO what does this have to do with PTSD?

You see – this is exactly what happens with PTSD:

When a person experiences an event or events that are
too powerful for the brain’s system to handle, the system
becomes “overloaded” and it just shuts down.

PTSD has NOTHING to do with how strong or weak a person is.

It can happen to ANYONE at ANY AGE
once the system becomes OVERLOADED.

Unfortunately, there are still too many people suffering with PTSD who feel
like it is cased because of some kind of weakness in them.

Did Sue “cause” the shutdown that morning?

NO – it was simply the input to the system was TOO MUCH for it & the
system shut down just as it was supposed to do.

This way it PROTECTS the rest of the system!

Just like our brains are designed to PROTECT US when the input is
TOO MUCH.

Treatment is like doing the “rewiring” of the brains system’s.

This is what allows it to go back to it’s normal way of functioning.

Without doing the “rewiring” work –
the system will just remain on OVERLOAD.

So please share this post with anyone and everyone you know – the more
people who can understand PTSD, the more people who can get well!