Knowing the early signs of mania, such as a desire to escape, can help to avoid it spiraling into planning elaborate getaways.

The hallmark symptom of my coming mania is an overwhelming urge to escape.

For me, the lure of mania has often brought with it the lure of escape. At the beginning, when my mind first starts to quicken with the electric thrill of hypomania, I do not talk of escape. But, as my energy intensifies and a segment of my mind separates itself from the structure, logic, and rules of everyday existence, my plans for escape begin. As I lose the rhythm that usually governs a human life, sleepbecomes unimportant, eating becomes unnecessary, and—my ultimate warning sign of an upcoming mania—the idea of escape takes over.

When I was first struggling with my bipolar diagnosis, the manic desire to escape often meant that I would try to go to France. I wanted to rock-climb the giant boulders of Fontainebleau. I wanted touch the gilded walls of Versailles. I wanted to sit under the Eiffel Tower in the moonlight. But, for many years now, escaping from reality usually means that I will try to find a way to run away into the wilderness.

A few years ago, in late May, it started with France and led to planning an in-depth getaway to the Brooks Range in the Arctic. The clues that a manic episode was coming were there, as I began writing phrases in French, and sending strange snippets of French sayings and writings about love and freedom to a faraway acquaintance. After that, I sent my own long, rambling poems, and then—the ultimate symptom of a manic switch—I began planning my own getaway.

As June came, I sat in my cubicle at my government job in Anchorage, Alaska, and, as my mind raced, I collected hand-drawn maps, lists, and plans—the paraphernalia of my newest manic journey. Although these scraps of paper covered my desk, I continued to write—agitated and excited—but this time, I sent an email to that same faraway acquaintance.

“Nothing great happens if you don’t make that first leap!” I wrote. “I’m headed into the Brooks Range in the Arctic. Want to come?”

I made my plan: I will walk out of my job and then I will fly into Anaktuvuk Pass. From there I will hike west into the mountains. I will bring a light fly-fishing rod for Arctic grayling, and a heavier one for Arctic char and I will hunt—I will eat what I hunt. There are caribou, rabbits, ptarmigan, grouse, ground squirrels, and, of course, there are always the wild, edible plants my mother taught me about when I was a child.

Over the next few days, I went to sporting goods stores and spent thousands of dollars on hunting, fishing, and camping gear for my trip. I filled my cart with supplies—a new backpacking tent, an expensive fly rod and reel, and everything I felt I needed for my upcoming trip. I had recently received a student loan to fund my semester in graduate school, and I spent it all.

A week later, after I ran out of the money I wanted to spend on my chartered flight into Anaktuvuk Pass, I wrote another email in my cubicle at the same job, after my mood had suddenly crashed into a sheepish depression.

“Although, yes, I do want to go to the Brooks Range, I quit my mood stabilizer a month ago, and, just in case you are wondering, this—the last few weeks—is what mania looks like,” I wrote.

That was four years ago. For me, mania does not usually look like that anymore. I have not had what I would consider a purely manic episode since that planned trip into the Brooks Range. Instead, my mania usually merges with depression into the unique pain of short mixed episodes. I do, however, have what my husband calls my “ups”—hypomanic episodes when I wake up before 4 a.m. and bake banana bread and an elaborate breakfast casserole, clean the house, and write with a singular and remarkable focus—all in the course of a few hours.

During my “ups,” I am energized and highly productive. I spend more money at the grocery store. I try to stay up too late at night. But I do not make plans to move into the Arctic wilderness. I do not spend thousands of dollars. And the “ups” pass quickly, usually within a few hours.

After two decades with my bipolar diagnosis, and after my early experiences with extreme mania and psychosis, I now know that an overwhelming urge to escape is often a hallmark symptom that my “up” may be switching to mania.

For others with bipolar disorder, the signal thoughts that mark a switch from hypomania to mania could be the sudden, irresistible urge to take enormous risks, to create a masterpiece, to reach a seemingly unattainable goal. I have experienced those as well. And, of course, those thoughts are all mixed in with the other symptoms of the manic switch: the lack of sleep, the loss of daily rhythm, and the racing thoughts.

But for me, the manic switch is almost always about escape. It means that my mind—like a woman walking into an uncharted wilderness—is making its own getaway from reality into the wild, uncontrolled recesses of an unexplored brain. 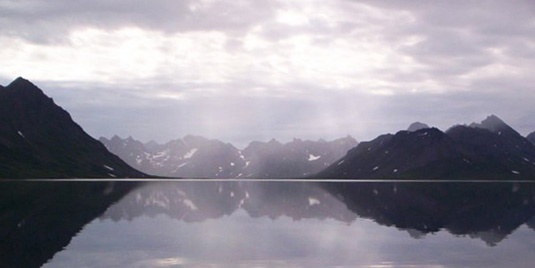