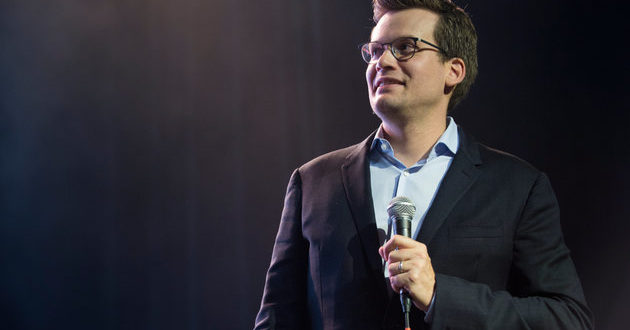 Slow clap for this great answer.

John Green is dropping some real talk about what it’s like to live in the spotlight with a mental illness.

The Fault in Our Stars author hosted a Reddit Ask Me Anything session earlier this week, where he opened up about his experience with Obsessive Compulsive Disorder and anxiety. One user asked how he deals with his anxiety while appearing at press events for the screen adaptation of his novel Paper Towns.

“In a word: Poorly,” Green wrote. “I’ve known that I have this mental illness for a long time, and I’ve had a lot of therapy and learned a lot of strategies for dealing with my illness. I know the benefits of exercise and meditation and medication and CBT strategies and etc.”

Green attributed his ability to get through panic attacks and anxiety to “Paper Towns” star Nat Wolff. Wolff, who Green considers a good friend, would often step in to answer questions from reporters when Green would feel overwhelmed.

“I try to treat my mental illness the way you would any chronic illness, and I’m very lucky that in general it’s very manageable,” he continued. “But it’s hard to describe just how extreme and overwhelming press junkets are. (I mean, I realize these are the first-worldiest problems possible; I’m just trying to be honest about my experience.)”

Fans praised Green for his candid honesty about the real challenges of anxiety, a condition that affects 40 million American adults. The author has also spoken out in the past about mental illness. Earlier this year, he addressed the stigma associated with treating disorders through medication on his Twitter account:

Like millions of others, I take medication to help treat my mental illness. Treating chronic medical conditions must not be stigmatized.

Green has also addressed the importance of getting help for mental health issues in previous Reddit AMAs. In 2014, one user asked the author for advice on how to deal with mental illness, to which the author offered yet another encouraging and honest response. It’s a welcome conversation, considering negative stereotypes often prevent many people from seeking treatment.

“There is hope. There is treatment,” he wrote. “You are not alone, and while I know the struggle feels at times completely hopeless and futile, there is a far shore for the vast majority of people, and I wish you the best.”

We couldn’t have said it better.